Easy to get wrapped up in the last ten minutes of the game, but for me, Charlie was our best player in the first half tonight. An absolutely wonderful player for us. His reading of the game is great, as his is understanding with Dwight. However, his blocks and clearances are just something else. You’d think he played next to Ben Mee going off his antics...

Charlie is a vital cog in our back 4, let's hope he's not out for too long. And yes his partnership with Dwight on the left is one of our stronger areas.

The one downside to a famous night is Charlie going off injured.
These 4 users liked this post: NewClaret Dark Cloud MT03ALG FactualFrank
Top

Think Dyche will be careful now and rest him up. Suspect t he’ll be disappointed that he brought him back from injury so soon because he’s normally so careful

Would like to see a tad more of Glennon though.
Top

Totally agree, but top marks to Pieters as well...he was oustanding when he came on
These 5 users liked this post: Juan Tanamera Leisure MT03ALG The Enclosure the_magic_rat
Top

Pieters coming on turned the game in our favour tonight. Never want to see a player get injured but I doubt we'd have won had Taylor stayed on
This user liked this post: NewClaret
Top

Was it same hamstring that went?
Top

Love watching Charlie Taylor, even as a full back he gives us an attacking outlet.
And an increasingly consistent and influential player.
Top

I think Taylor is excellent and that we only play better when he is on the pitch - unfair to say we wouldn’t have won.

Agree however, Pieters was also brilliant when he came on.
These 2 users liked this post: Juan Tanamera MT03ALG
Top

Looked like he rolled his ankle when shown in slow motion.
Top

How do you work that out?
Top

Taylor, Pieters ---it doesn't matter because that was a game we won because of a superb team performance including those two battlers up front who worked so hard.
I hope that Charlie is back soon, however, full credit to all thirteen tonight --you don't win at Anfield when carrying passengers!
This user liked this post: Juan Tanamera
Top

he didn't seem too distressed going off, hopefully he'll miss the FA Cup game and be back ready
Top

Tight as a gnats ass.
Top

nicked his hamstring according to Dyche, doesn't think it's serious
Top

Hope so. He is quality.
Top

I'd have no qualms about extending his contract.
Top

I don't think any fan would have.
This user liked this post: DCWat
Top

Thought he was holding his hamstring. Pleased it doesn't seem to be serious.
Top

Give it a rub down with some Deep Heat and he'll be reyt. 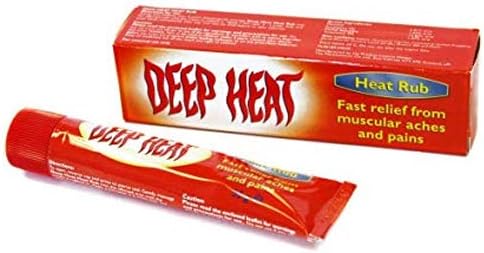 Nowt that a bit of finny haddock water can’t do.

Great player is Charlie... if he played for any other club (or still played for Leeds) he’d be in the England squad.

As it is, the weapons grade buffoon in charge of the national side would sooner play someone out of position in the left back role than bringing in a player who’s been playing excellently and consistently.

I can only assume that’s because of who he plays for.
These 3 users liked this post: SalisburyClaret IanMcL fatboy47
Top

The latest on Charlie...

Burnley will be without left-back Charlie Taylor for the FA Cup trip to Fulham on Sunday after the Clarets man suffered a minor hamstring injury in the Premier League win over Liverpool in midweek.

The 27-year-old was forced off early in the second half at Anfield with a recurrence of an injury that had previously sidelined him for nearly a month.

"I am not expecting to have Charlie," said Dyche when asked about the team news.

"By Saturday we will be looking at what we have available which should be good. There are very good players who are not playing at the moment so I certainly believe in them.

"We will take a view as staff on what side we can put together that we believe can win down at Fulham.

"It is a busy period and we all understand the reasons for these busy times and the way the games are crunched together.

"Some of the formatting I suggest could be different but we understand the TV companies want the games out there and the fans as well.

"We are going to take on the challenge. We have to get players recovered, getting them well and ready to go again.

Return to “The Bee Hole End”